The Why and Who Behind The Best Bird Foods

The Why and Who Behind Our Foods

Our company was conceived from the idea that exotic birds were meant to eat what Nature feeds them in the Wild. Our feeding philosophy really is just that simple.

Understanding the "Why" Behind Our Foods

We believe that after decades of all of us feeding highly processed commercial bird foods there is one fact learned — there is no one food that offers total nutrition without adding fresh foods to our birds’ diets. Exotic companion birds require fresh, raw foods added to their daily diets in order to thrive.

Although we have gone to great lengths to ensure that our foods contain all of the essential nutrients your bird needs in order to thrive, including the most basic proteins, fatty acids, essential carbohydrates, vitamins and minerals, there is nothing that can compare with Nature’s fresh, raw nutrition. And even though we take care to gently dehydrate our foods, ensuring that the digestive enzymes remain active and alive, adding additional prebiotic and probiotic foods to your bird’s daily diet will only help ensure quality, vibrant health!

So while we believe that our foods are the best on the market for your exotic companion bird, we strongly encourage you to feed the following foods to your bird on a daily basis to ensure your bird continues to thrive:

Limit these foods, but be sure to feed occasionally:

We strongly discourage feeding the following:

Now that you are armed with all of this information you are ready to feed BirD-elicious! Origins Wild Diet® Simply The BEST Bird Food!® 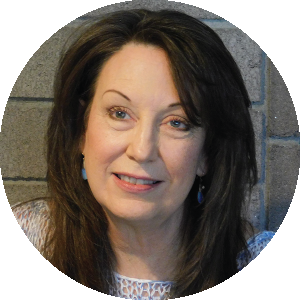 The "Who" Behind Our Foods

Machelle Pacion has had a deep love for animals as long as she can remember. Her love for animals coupled with her curiosity in health and nutritional research, along with her own physical disability, is what inspired her to probe into various healing modalities for all living creatures. Machelle has come to the conclusion that eating well is the best and first line of defense in preventative as well as curative health.

Machelle is a naturally curious researcher by nature. She remembers studying her Mother's medical encyclopedias as a young child because those were the only books in the house available to read. In addition, Machelle is a natural-born writer; she has written since she was old enough to pick up a pencil and scribble, it just comes second-nature to her. Machelle has brought her many years of research and study regarding her own physical disability forward, learning how living creatures utilize nutrients efficiently in the absence of chemical fertilizers, pesticides, and synthetic vitamins. Machelle has been able to utilize the tangible day-to-day living experiences along with years of caring for her own pets, into creating the world's first truly human grade, organic, whole-food species-specific parrot foods! In fact it is because of her own genetic blood disorder that Machelle can relate, at the cellular level, to the many syndromes and disorders these captive creatures suffer from.

During the creation of these hand-made foods, Machelle found that she has an unquenchable love for these beloved creatures of the air — a love that fills a void Machelle never knew needed to be filled until now. She honestly believes that these beautiful creatures are the most innocent of all of creation and they deserve the utmost respect and the best care we can give them. This is why she feels our mission will never end in research and development for more improved foods and enrichment items in order to care for them during their captive lives.

Machelle, with the help of her husband George, embarked on this journey to create and begin laboratory-testing "BirD-elicious!™", this wholesome and revolutionary food in the Spring of 2001 in a quaint historic neighborhood of downtown Phoenix, AZ. Together they officially brought this highly specialized food to market in the Winter of 2003. It was George, actually, who brought parrots into Machelle's life when they first met. Up until that time Machelle had been mainly a canine person. But when Machelle saw what the parrots were eating, highly processed bird foods, she knew that something better had to be developed, hence the mission was on to create a hand-made organic whole-food diet for all companion birds!

After years of gradually switching herself over to an organic whole-food diet and experiencing the results of better all around health, she knew for certain that these beautiful creatures of the air would no doubt benefit from a similar diet! So she set herself to the long task at hand.

Machelle began working with an adjunct professor from U of A and was off to the start of creating an organic, whole-food diet! Much to their surprise the very first lab test came back almost completely in balance! From that point on every lab test just sailed through. All of the years of study, research and utilizing organic, whole-food nutrition for herself and her other pets had paid off. Now the parrots were going to begin benefiting as well!It was in the Autumn of 2005 that Machelle and George moved their business to the state of Washington where they believed the "creative energy" would flow better and help their business to really take off, and it did! By 2007 the business was humming along at a speed they could hardly keep up with. And in late 2007 they opened their natural toy line. It took right off too and business was absolutely astonishing!

Best of all they were able to do what they had set out to do — contribute to many avian rescues and sanctuaries! This had been their intent all along. By this time George and Machelle were feeding literally hundreds and hundreds of birds across the world! Reports were flying in from their customers about how the health of their birds were improving because of BirD-elicious!™ species-specific foods!

Machelle is feeling a lot better now. Mom has passed to the other side and we are sure she is much happier now. Our children seem to be doing just fine on their own. And...We have many, many customers requesting that we re-open our business. Machelle consults with many, many people concerning the nutrition of their birds on a regular basis. At any given time Machelle manages the diets of over 50 birds at any one time. We have our own small permanent-resident rehabilitative sanctuary for special needs birds. And Machelle is writing her first avian nutrition book...and with new research regarding and surrounding feather-destructive birds, we believe we are on the brink of eradicating "The Mutilation Syndrome" from companion parrots forever....this means that a book specifically regarding feather destruction is already in the works...so actually the story is just beginning to get really, really interesting! Stay tuned!

Update 2011: We are well on our way to rebuilding the business end of our Providence Exotic Bird Sanctuary - the driving force behind all we do. Providence Exotic bird Sanctuary was what fueled us from the very begining. The helpless birds who came to us were literally on death's door. We knew they would most likely never be able to be adopted out to forever homes, so we became their permanent residence. Here at our sanctuary we care for these disabled birds promising to not only care for them, but to create species-specific diets for all of their captive feather friends across the globe. We conduct independent research through 3rd party world renown laboratories on all of the daily diets, as well as all of the treats and snacks we produce ensuring only the best in balanced nutrition for exotic birds. We have done this kind of testing from the beginning of producing our foods back in 2001.

Origins Wild Diet foods has fed literally thousands and thousands of birds across the globe since our business officially openened in 2003. We feel honored so many companion birds have benefitted from our hand-made, minimally processed raw food concept. Filling the niche' between highly processed kibble and totally fresh, raw foods for that part of the avian community who doesn't want to feed "junk" food, but doesn't have the time to prepare and change out fresh, raw food on an hourly basis is a sector that needs to be filled. Our little family business can't fill all of the gaps in this sector, but we are honored to be the first company to revolutionize the avian community with the nutritional education we started back in 2001.

Hardly a day goes by we don't receive a message, a phone call or an email from a customer saying how thankful they are they found our foods! They report to us that their bird's health is better than it ever has been, their plumage is more colorful, more full and their molts are more consistent. In addition, their bird's annual blood reports return in perfect spec each and every year! This is music to our ears! ​​